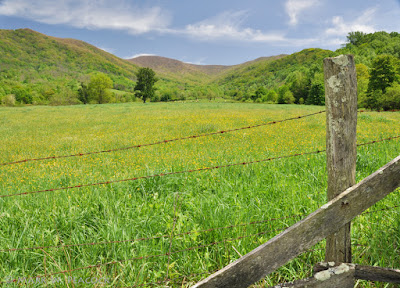 Hampton Creek Cove is a 693-acre natural area in Carter County near Roan Mountain State Park which is managed by the State in partnership with the Southern Appalachian Highlands Conservancy. The main attractions are the hiking trails, most notably the Overmountain Victory Trail which traces the path of a patriot militia which set out from Fort Watauga in Elizabethton in 1780 in pursuit of the British -- culminating in the pivotal patriot victory on King's Mountain in South Carolina. The actual trail taken by the patriots encompasses four states: Virginia, Tennessee, North Carolina, and South Carolina (see the maps below). For more of the history of the Overmountain Men and Battle of King's Mountain, click here. 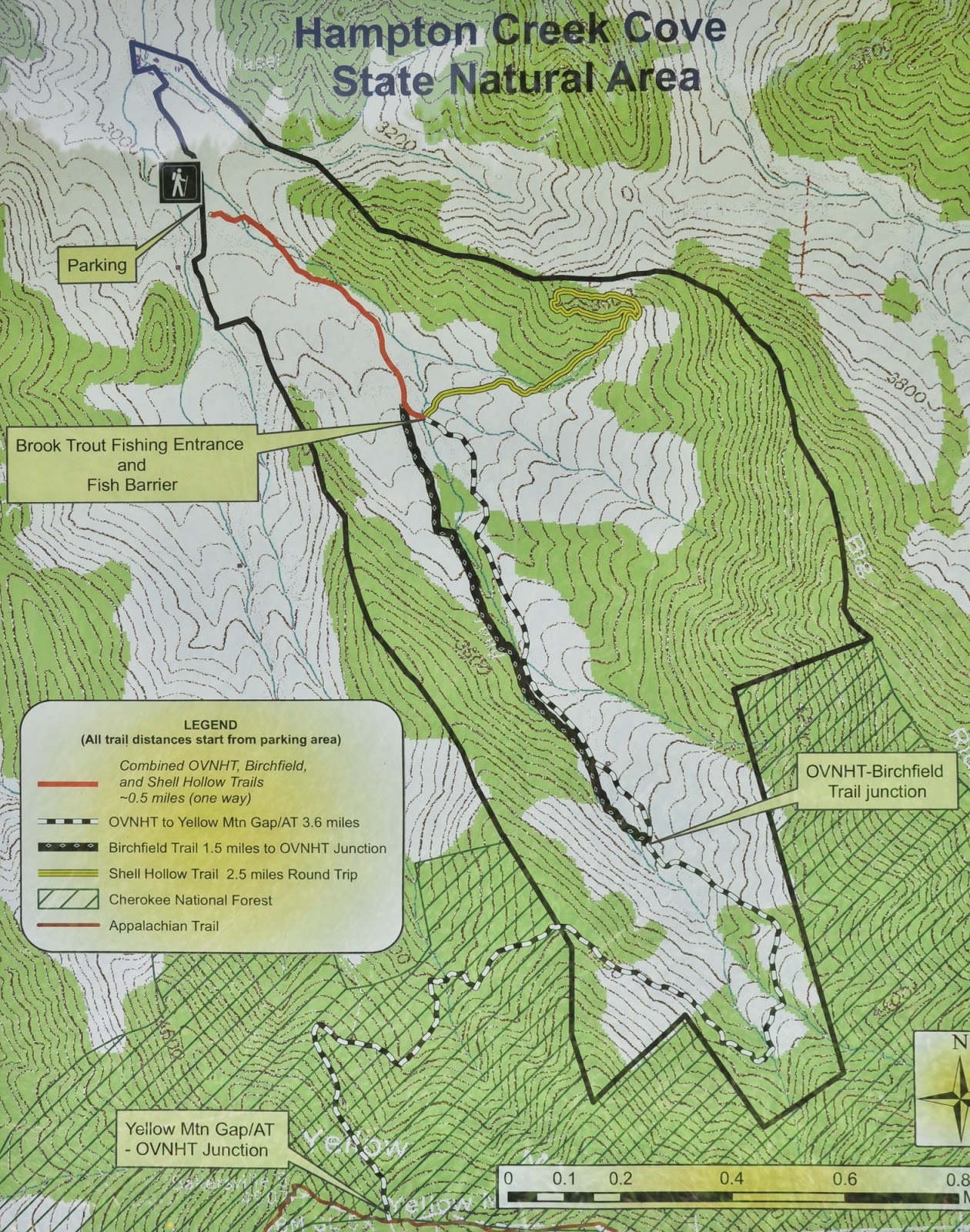 What you'll discover at Hampton Creek Cove is a beautiful pastoral scene. The land continues to be used for farming - so you'll find yourself walking through cow pastures and opening and closing gates as you hike. The Overmountain Trail roughly follows Hampton Creek through the valley's gorgeous, rolling pastures, eventually entering the forest as it climbs Yellow Mountain where it connects with the Appalachian Trail (a 3.6 mile hike one way). The Birchfield Trail parallels the Overmountain Trail, but follows right along side the creek, offering a beautiful woodland hike. A third trail, which I haven't taken, is called the Shell Hollow Trail - a 2 mile round trip loop. Lots to explore - plenty of wild flowers - history - and beautiful views. Update: click here for another post of mine from a more recent visit.